Power Up Your Diet With Seasonal Delights 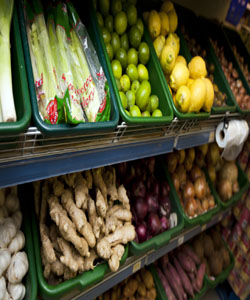 In-season fruits and vegetables that have had a chance to fully ripen before they are picked have the most nutrients. These nutrients often correspond to our body’s seasonal needs. For example, oranges, which are at peak season in winter, have high levels of vitamin C, which plays an essential role in the immune system. Just one orange supplies around 100% of the suggested daily value of vitamin C! What better way to ward off common winter colds than eating delicious, fresh oranges?

Seasonal and local fruits and vegetables reach grocery stores much faster than non-local foods, which sometimes travel over 1,000 miles. Plus, seasonal foods typically have fewer chemicals. Foods that have been picked too early and travel long distances won’t look as pretty as the seasonal ones. To make non-seasonal foods more appealing, chemical ripening agents, wax coatings, and other preservatives are sometimes used.

Cheaper:
Seasonal foods are often cheaper than out-of-season produce because they don’t require anywhere near as much effort to produce. When produce is in season locally, the relative abundance of the crop usually makes it less expensive. If it’s the right time of year, food can be left to grow on its own. This is far less labor intensive and time-consuming than procuring food out of season. Almost anything that’s in season will be plentiful, thus cheaper.

Tastier:
Fruits and vegetables that have had the chance to fully, naturally ripen before being picked will have the richest flavors. Compare a dark red, vine-ripened tomato still warm from the summer sun with a winter hothouse tomato that’s barely red and lacking in flavor. When transporting crops, they must be harvested early and refrigerated so they don’t spoil during transportation. They may not ripen as effectively as they would in their natural environment and as a result they don’t develop their full flavor. Your taste buds will thank you for choosing naturally ripened foods.

This information is for educational purposes only. It is not intended to be an exhaustive examination of the subject matter nor a substitute for medical advice. Always consult your primary care physician or healthcare provider before beginning any diet or exercise program.